Luke Gulbranson Storms Off After a Summer House Confrontation 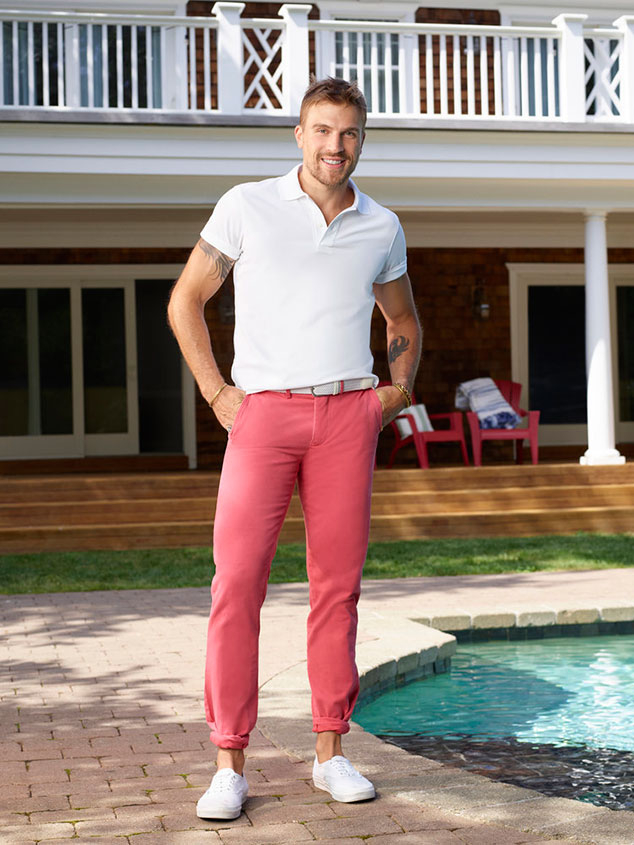 Another day, another Summer House confrontation.

In this exclusive clip from tonight’s all-new episode, Amanda Batula and Paige DeSorbo confront Luke Gulbranson about his treatment of housemate Hannah Berner. Per the ladies, Luke allegedly interferes whenever Hannah flirts with other guys, even though he has acted like a playboy.

“I’ve always been like, do what you want,” Luke defends. “I haven’t told her that she can’t talk to guys.”

“Don’t tell me you don’t get mad when she talks to other guys,” Amanda snaps in response.

The graphic designer’s point is supported by a series of flashbacks provided by Bravo. In the footage, viewers see Luke getting heated as Hannah flirts with Southern Charm‘s Austen Kroll.

According to Luke, if he ever remarks on Hannah’s flirting, he’s merely “f–king kidding.” Amanda doubles down on her stance, declaring that Luke was mad at the time.

“I mean, I could sit here and argue with you, but I’m just gonna take it in,” Luke notes. “I’ll tell you right now, I don’t care if there’s guys.”

As things get heated between Luke and the ladies, the other housemates look on, including Hannah. In a confessional, Amanda admits she’d “prefer if Luke never spoke again.”

Of course, as the trio returns to the picnic, the gang asks about the fight.

“I don’t know, a lot of things were brought to my attention that I wasn’t aware of,” Luke reveals.

“He wasn’t aware of his own actions. Like, getting mad at you and yelling at you and fighting with you and getting upset with you and telling you not to talk to guys,” Amanda rattles off.

Since Amanda “has made [her] points,” Hannah begs that the fighting housemates keep things cordial. Unfortunately, Amanda is unwilling to back down as she brings up the tryst Luke had before Hannah’s birthday.

“When did you have sex with this girl?” Amanda interrogates. “What day though? Was it before you came and celebrated her birthday? Days before. So, she slept in the same bed two nights in a row that you just had sex in, and you didn’t tell her.”

At this point, Luke storms off and throws his solo cup.

Will Luke apologize for his womanizing ways? For that answer, be sure to catch tonight’s all-new episode.

(E! and Bravo are both part of the NBCUniversal family)