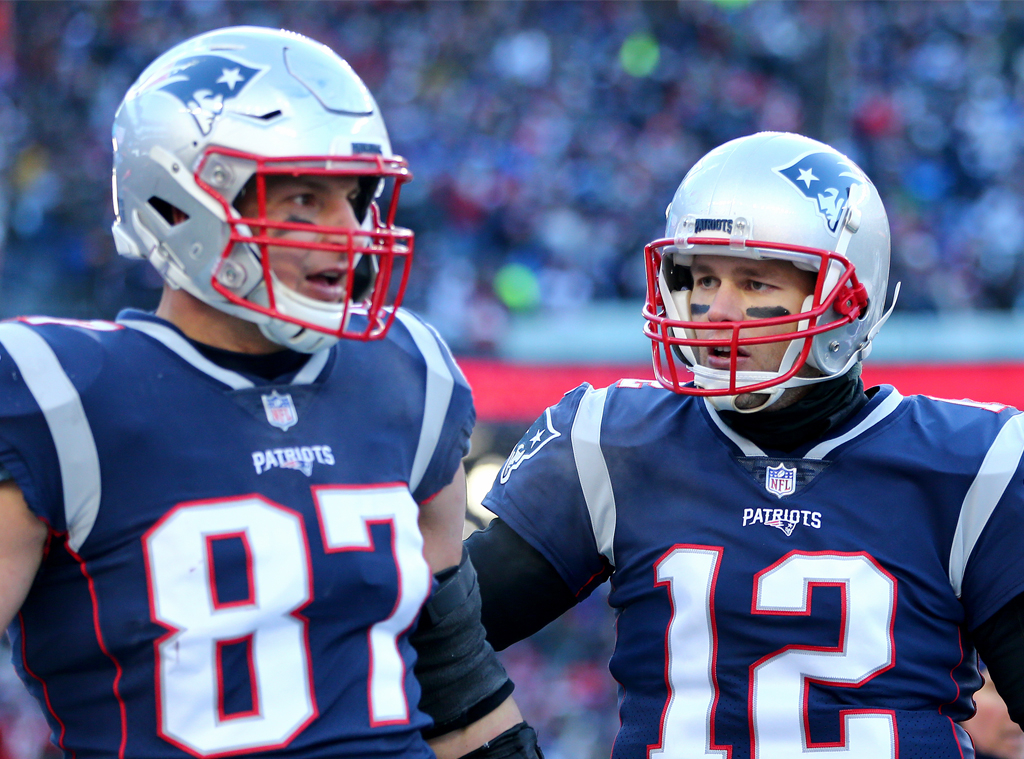 If you thought Rob Gronkowski was done putting on helmets and jerseys, you were clearly mistaken.

According to the NFL, the New England Patriots have agreed to trade Gronk to the Tampa Bay Buccaneers for a fourth-round draft pick.

So what does this mean for those who may not watch ESPN every night? Don’t worry, we’re not judging. It means Gronk and Tom Brady are going to be reunited and playing on the same football team again for the 2020-2021 season.

While both players haven’t commented on the news, this dynamic duo has captured the attention of both football and pop culture fans alike with their friendship and chemistry on and off the field. In fact, the two recently complimented each other about their manhood. We told you these aren’t your average teammates.

Earlier this week, Gronk appeared on Watch What Happens Live where Andy Cohen asked him about the rumors that he could be coming out of retirement.

At the same, the athlete stayed mum.

“Andy, you want to know what’s great man? The day I retired, within 24 hours, there were already rumors that I was coming out of retirement. I’m feeling good right now. I’m happy where I’m at and you just never know,” he shared. “I’m not totally done. I like to stay in shape.”

Gronk continued, “I’m a weapon. I feel like I can stretch the field pretty good and help open up the underneath.”

But enough sports talk. It’s safe to say lots of fans can’t get over the bond Gronk shares with Tom. And the possibility of seeing it later this season is likely some much needed good news for sports fans.

“To tell you the truth, you’re not just going to walk in with another guy and have chemistry like that. I don’t care who it is, what kind of player, you’ve got to build chemistry. We’ve been going on year—what is this, year nine now? So to build all that chemistry up, you just want to keep it going, keep it flowing,” Gronk previously shared with reporters. “You know how to expect you can get the best out of each other so it’s good to have that connection, it’s good to have that chemistry and just got to keep on improving every single time we can.”

Tom later told WEEI, “Well, I think that speaks to our relationship and I feel as strongly about him as he does about me. I love the guy. He has had a big impact on my career personally, professionally. Like I said, I am very lucky to play with him.”